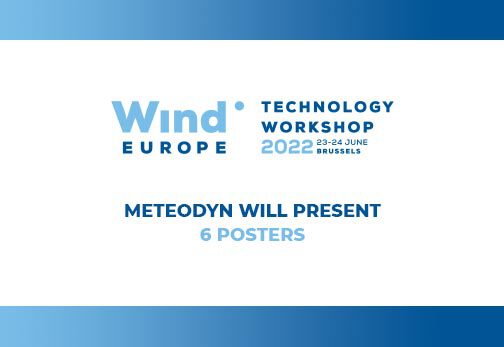 Meteodyn will present 6 posters at the WindEurope Technology Workshop 2022

This year, the WindEurope Technology Workshop 2022 conferences will take place on June 23 and 24 at The Egg, a Congress and Meeting Center, in Brussels.

Meteodyn submitted 6 abstracts, and all were accepted. You’ll then be able to ask your questions to Ru LI and Gang HUANG, our Research Engineers. Don't hesitate to navigate between our posters to meet them.

Our Business Development Engineer, Anthony DIJON, will also be there to give you more information about our software and services.

REGISTER TO THE EVENT

PO010: Performance Analysis of Wind Farm with SCADA data: from the methodology to a case study

With a large number of wind farms operating over years, the performance analysis of those farms becomes an important subject. This study tries to propose a general methodology to address this issue and a case study to demonstrate its application.

The development of wind energy is crucial to the building and development of a low-carbon and sustainable future worldwide. The intermittency of wind power output, related to the nature of atmospheric wind flow, remains a non-negligible aspect of wind farms, and the increasing share of wind energy in electricity generation and supply is adding more weight to the question of reliability.

Power forecasting based on machine learning methods is a technique to predict power output of a wind farm related to different horizons, as in short term (1 day ahead) or super short term (several hours ahead). The forecast is useful for wind farm operators and power grid management, and with the help of power storage technologies, results in better anticipation and regulation of variations in wind power output.

The wind farm production data used in this study derive from ENGIE's open-access SCADA dataset [1] from the La Haute Borne wind farm in France. The wind farm has an installed capacity of 8200 kW total. For this study, SCADA data between January 2014 and January 2018 have been selected for building and evaluating machine learning models.

Multi-Layer Perceptron neural networks based on TensorFlow-Keras framework is built to conduct a regression task that use meso-scale variables as features to predict wind farm power output at each 10-minute time step. The RMSE (Root Mean Square Error) is calculated daily (144 data points) and then averaged. The accuracy score is obtained from one minus the ratio between the average RMSE and the installed capacity.

To measure the model performance, a split of the whole dataset has been made to obtain a train dataset and test dataset, which represents a little longer than 1 year of data for the test dataset. In the search of hyperparameters, it is found that the accuracy score obtained based on cross-validation is the best indicator of model accuracy on unforeseen test data.

Based on power output data between January 2017 and January 2018 during which both GFS and ECMWF data are available (about 50,000 samples), a comparison has been made on the accuracy score of models trained exclusively with one of the mesoscale data sources. Preliminary results show that the ECMWF-based model has higher accuracy scores than the GFS-based one, whereas the hybrid model is slightly more accurate than ECMWF.

The method of Meteodyn WT and the Svenningsen's method are compared using the Cabauw site data. At the Cabauw site, the air temperature and the wind speed are measured at heights between 10m and 200m for four years. The monthly and daily wind data analysis shows that the two methods can distinguish the seasonal and daily variation of the thermal stability. The method of Meteodyn WT demonstrates more stable stratification at night regarding the daily variation. And it presents more evident thermal stability in winter regarding seasonal variation.

A meso-micro coupling method with volumetric forcing is developed in Meteodyn WT. The statistic wind profiles from meso-scale model are used not only as the initial and boundary conditions but also as forces in the computational domain to maintain the statistic meso-scale wind profiles in meso zone. In Meteodyn's mesoscale-microscale coupling method, the Monin-Obukhov length is obtained from the meso-scale data and is used to decide the choice of thermal stability classes in Meteodyn WT. The thermal stability classes range from the unstable to stable conditions. This stability classification is based on Monin-Obukhov Similarity Theory (MOST), in which the turbulent length scale LT, which is used to calculate the turbulence viscosity, depends on the Monin-Obukhov length.

A large coastal area of 120km at Rangewadi in the western part of India is studied. The site displays an altitude of 1034m above mean sea level. The dominant winds are the west wind blowing from the sea towards the land and the east wind blowing from the land towards the sea. The thermal effects of breezes on the coast are frequent. Three meteorological stations and a measurement mast were chosen to analyze wind measurements. The results show that the mesoscale-microscale coupling method improves the wind field. The wind speed ratios between the meteorological station and the mast with the meso-micro coupling method performs better than the microscale or the mesoscale modellings.

The remote sensing devices, especially Doppler LiDAR, are widely used in wind resource assessment as supplementary measurement technique to mast-mounted cup anemometers. The LiDAR helps to reduce the wind measurement incertitude at hub height with low cost and high mobility. But the LiDAR measurement uncertainty in complex terrains is known. The Doppler LiDAR directly measures the wind speed of sent lasers into the atmosphere, called the radial velocity. Then, a flow curvature reconstruction process is applied to convert the radial velocities to the wind flow speed. This reconstruction process assumes a homogeneous wind flow or uses a simple wind flow model to estimate the flow variation, which challenges the performance of LiDAR in complex terrains.

Using Computational Fluid Dynamics (CFD)-based method to improve the LiDAR performance has been proposed. Meteodyn WT, a CFD-based wind simulation software, models the wind flow in complex terrains and provides the detailed wind flow characters, the inflow angles and wind deviation. A correction of raw LiDAR measurement technique taking into account the LiDAR geometry, plus the simulated inflow angles and wind deviations at LiDAR beam heights and in the directions of sent laser, is developed by Meteodyn to convert the raw LiDAR measurement to the wind flow speed. 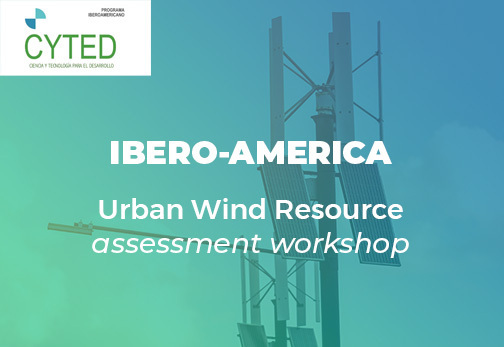 Join us at the REGEDIS workshop...

REGEDIS is a CYTED Thematic Network that aims to coordinate several research groups and companies... 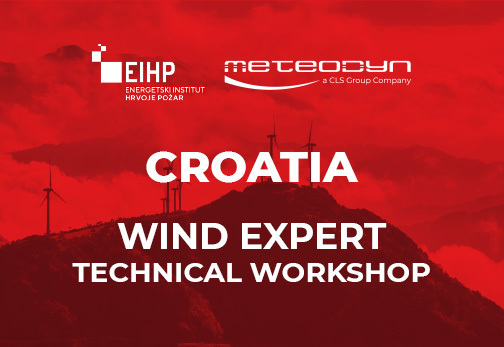